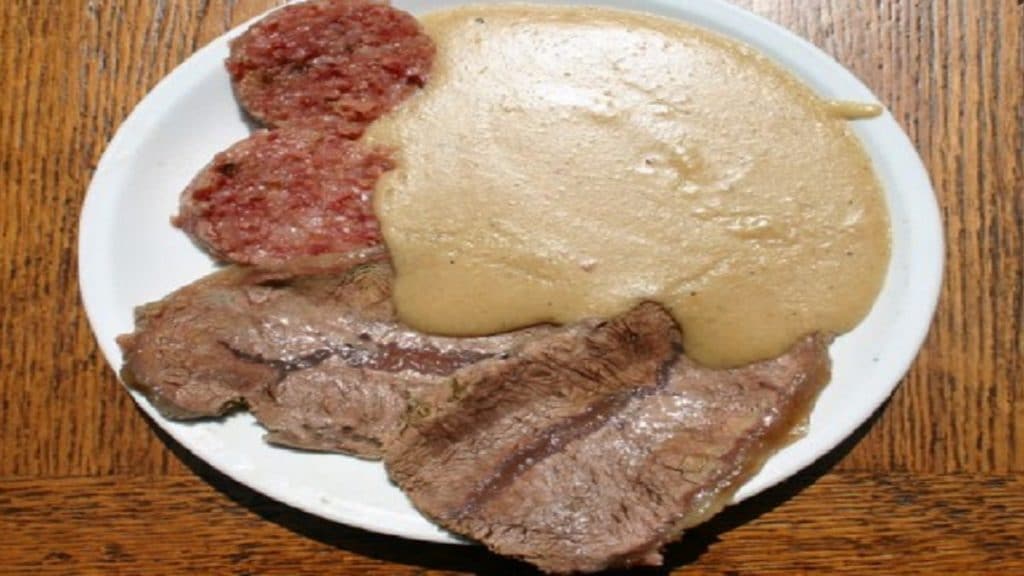 One of the cornerstones of the cuisine of this area, a must on the tables on feast days and on special occasions for Veronese families.

There is no family in Verona that does not have its own Pearà recipe, handed down from mother to daughter from generation to generation!

Pearà is basically a recovery sauce, prepared with the leftovers of stale bread, ox bone marrow and broth, which accompanies boiled mixed meats on special occasions.

According to tradition, it was invented by Queen Rosmunda's court cook, who thus wanted to lift it from the left libation, when it was forced by the Lombard King Alboin to toast in a chalice made from the skull of his father Cunimondo.