ARIL THE SHORTEST RIVER IN THE WORLD 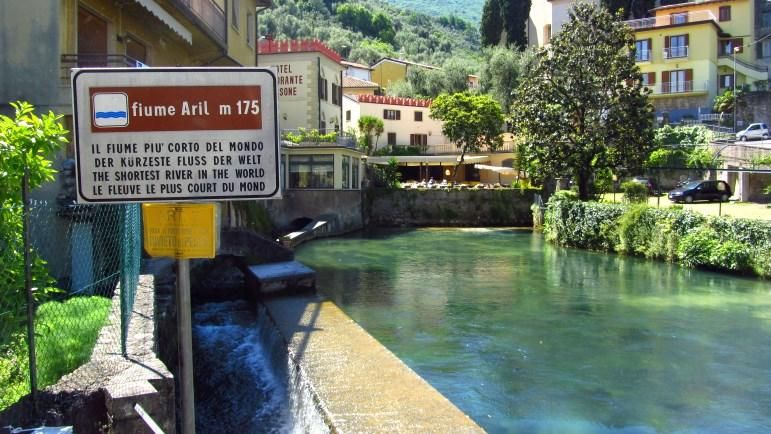 The Aril river, also called Ri, is one of the 25 inlets of Lake Garda.

It flows through the hamlet of Cassone di Malcesine, in the province of Verona.

For its length of only 175 meters it is considered the shortest river in the world.

The small river is a potential source of drinking water for the inhabitants of the area as well as being a singular environmental resource, both from a structural and landscape point of view.

Despite the short route, the Arìl river crosses three bridges and has a waterfall.

It comes from a pool that forms a pond, considered a protected fishing reserve as it is used by trout, having gone up the river to lay its eggs.

From 1889 to 1913, the Arìl spring was used by a power plant and supplied energy to the wheel of two mills and an oil mill.