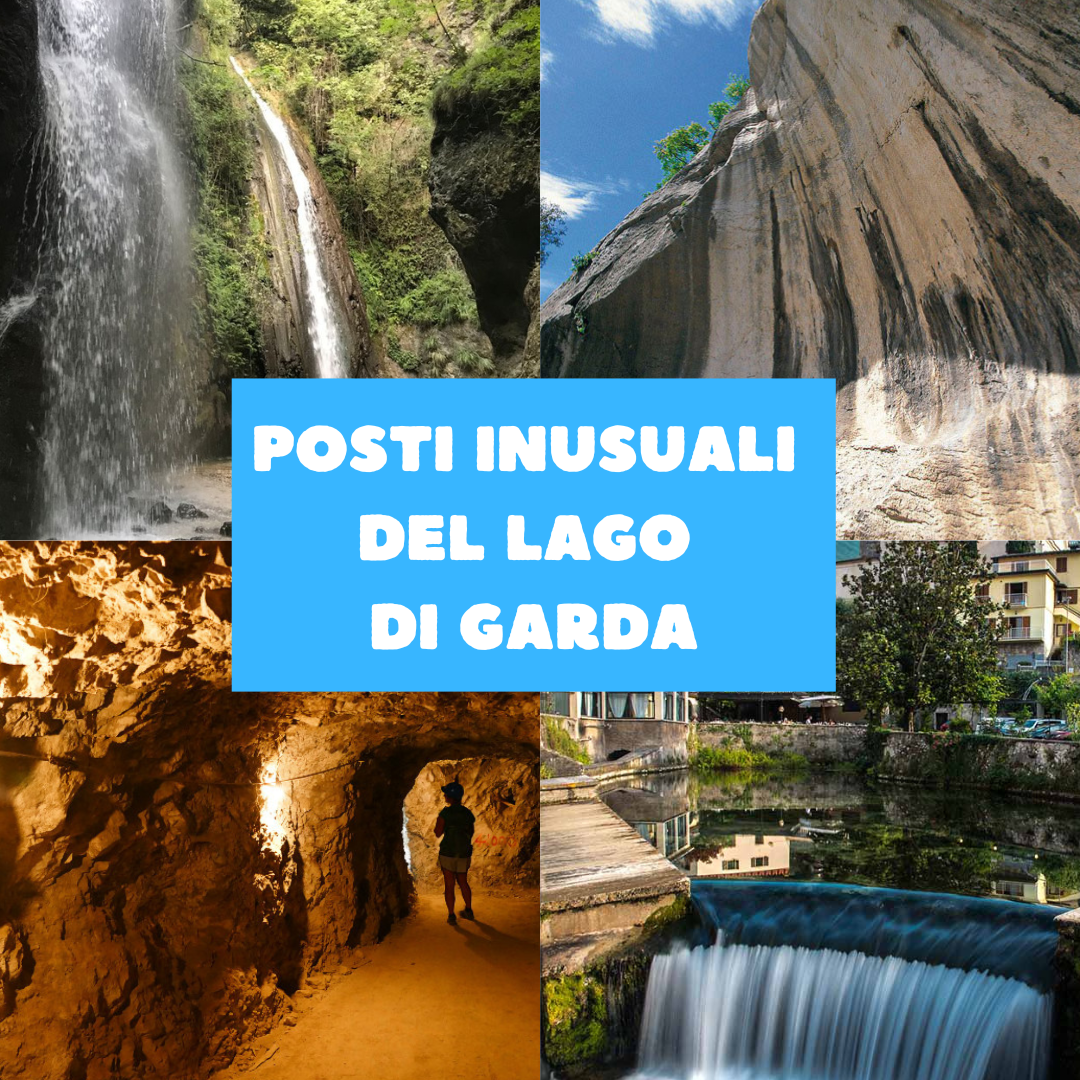 You think you have visited all the places on Lake Garda and you are fed up with the usual mainstream places? Don't worry, we come to the rescue! Lake Garda is not only what you find written online or in your guidebook; on the contrary, it is always able to surprise you with unusual sights and gems to visit. And precisely for this reason we have decided to make a list with the lesser-known places on the lake that we are sure will not even be mentioned in your guidebook; so pen in hand and start taking notes! 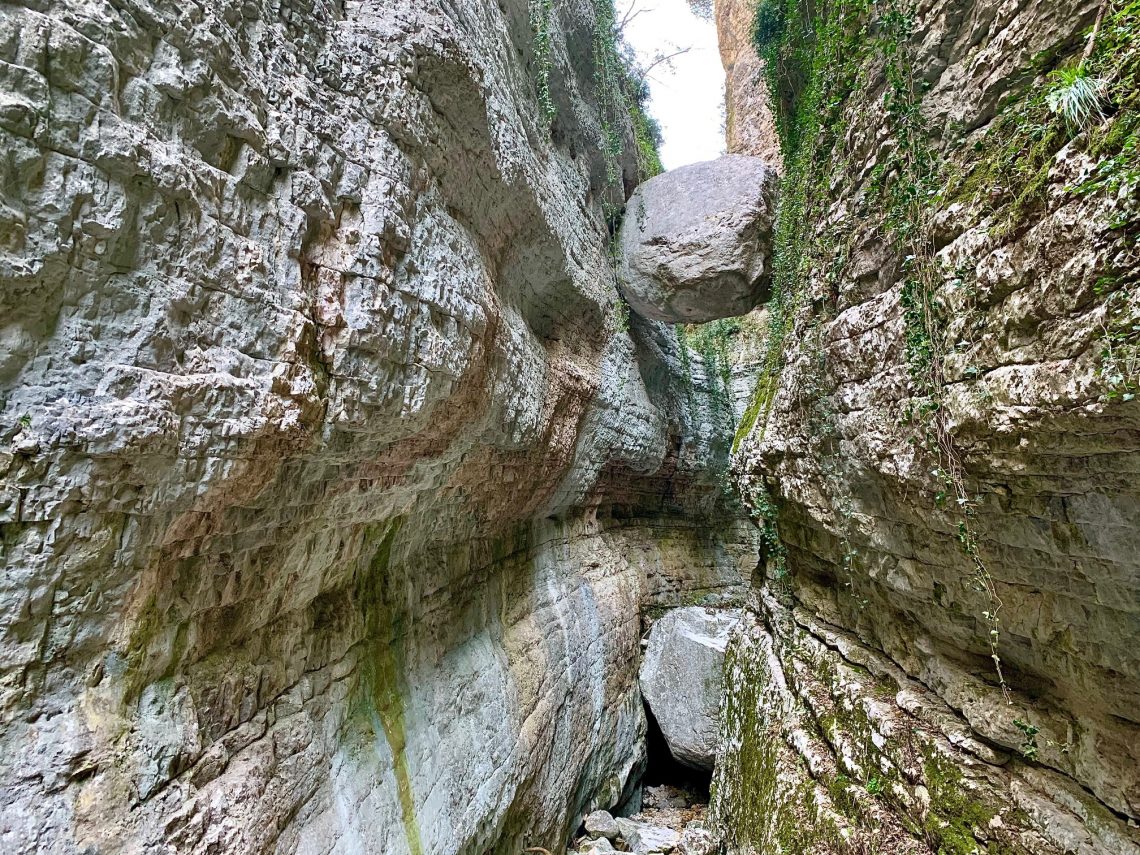 In the vicinity of Malcesine and Brenzone is a suspended boulder perfectly wedged between two high rock walls. It can be reached by a one-hour walk through a narrow, wild valley.

If you are still in the vicinity of Brenzone, make a stop in the ghost town of Campo, an ancient hamlet immersed in the woods, abandoned years ago but now experiencing a small rebirth thanks to the presence of some artists.

This waterfall in Riva del Garda can only be reached by water. It has the characteristic feature of several waterfalls, but the last one, the one that ends on the lake, can only be admired from a boat. The location is really suggestive and it is close to the 'skeleton' of an old hotel restaurant, which lends a truly mysterious charm to the whole environment. 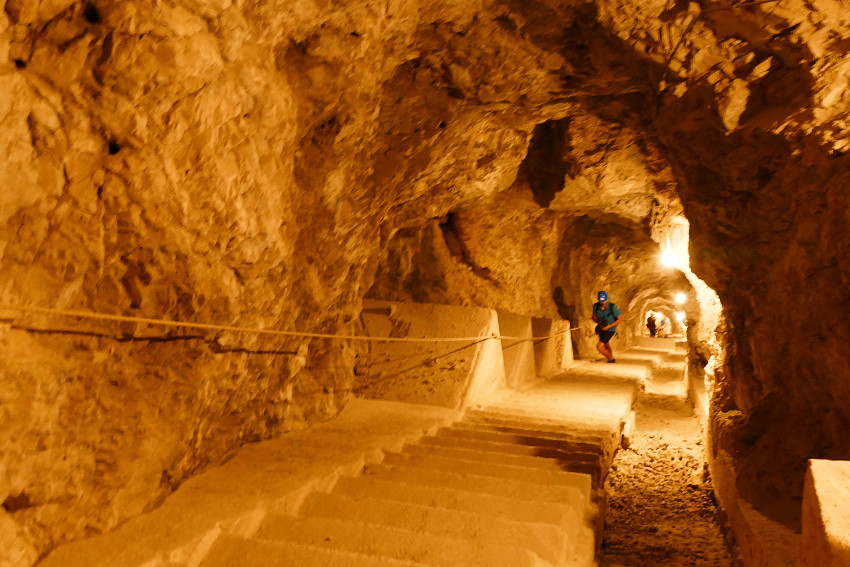 Close to the well-known Strada del Ponale is the Tagliata del Ponale, a multi-storey system of tunnels, caves and trenches from the Great War built by the Austrian army with the aim of controlling the front with Italy. 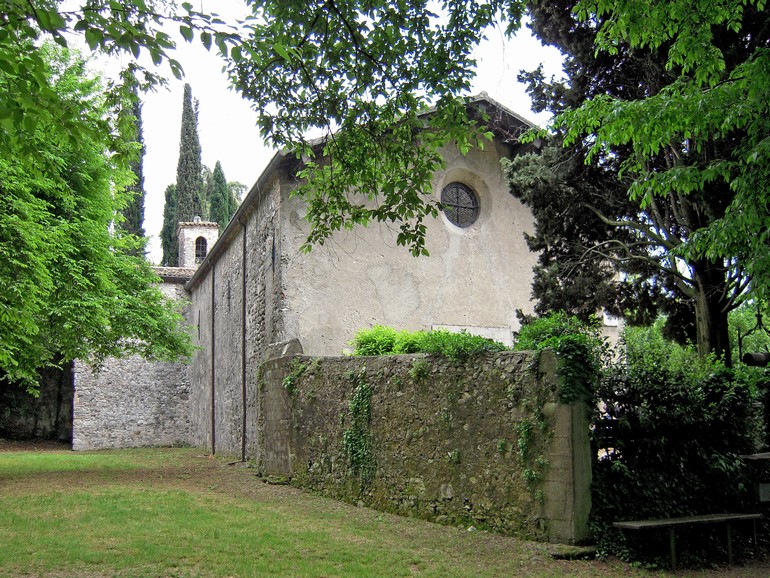 This one is a real gem! Near Moniga del Garda and San Felice del Benaco there is a small church in a truly picturesque corner above the Isola del Garda, almost as if it were suspended between the lake and the hills. Unfortunately the signposting is poor, but from the Baia del Vento beach you can reach it in a few minutes on foot. 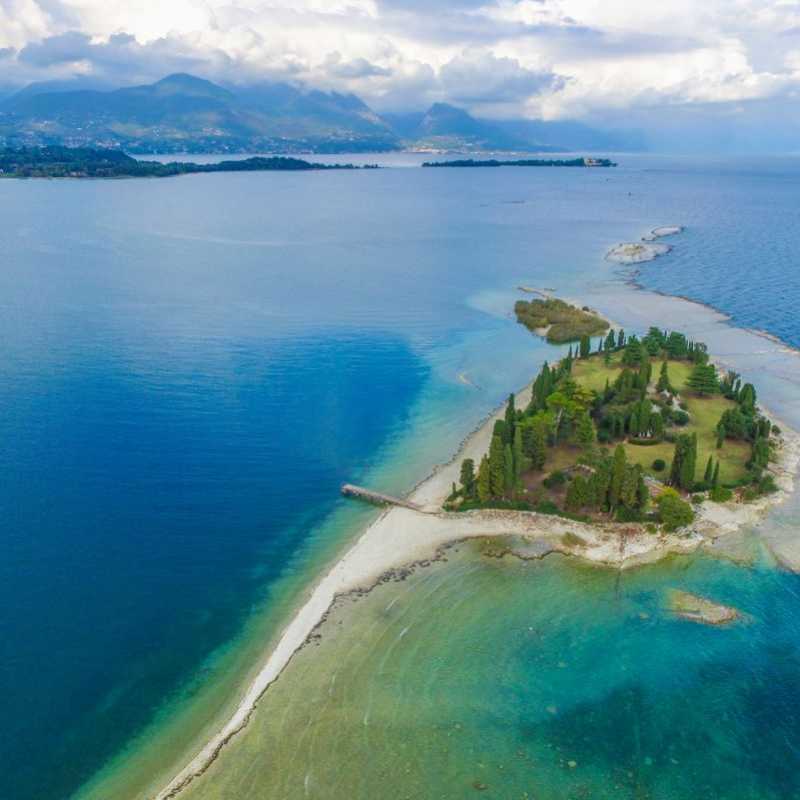 Many people think that the only island on the lake is Isola del Garda, but they are wrong! The lesser-known Isola dei Conigli can be reached on foot from Lido di Manerba. The low water level is up to your ankles and makes this unique experience possible. 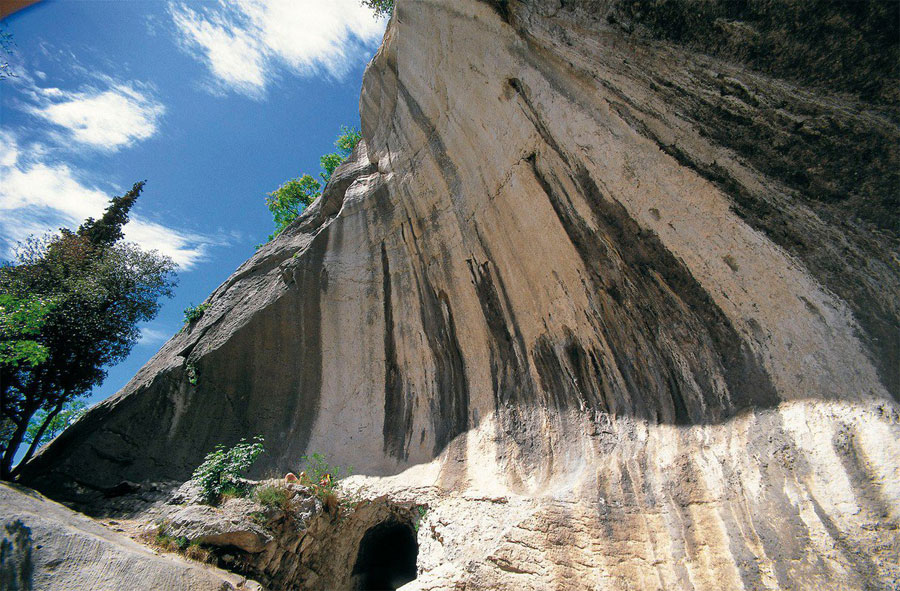 Torbole is home to the Marmitte dei Giganti: ancient glacial potholes, a characteristic sign of the presence of a mighty glacier (100 metres high), which has profoundly affected and modified the environment from a geomorphological point of view. This phenomenon occurred in correspondence with deep crevasses formed within the same glacier in movement.

In Garda Trentino, an excursion to the Marocche di Dro, where the largest postglacial landslide in the Alps is located, is not to be missed: an imposing mass of rocky material with a lunar appearance, in which plants and animals live that have adapted to the particular aridity of the environment. The best time to go there is autumn-winter. 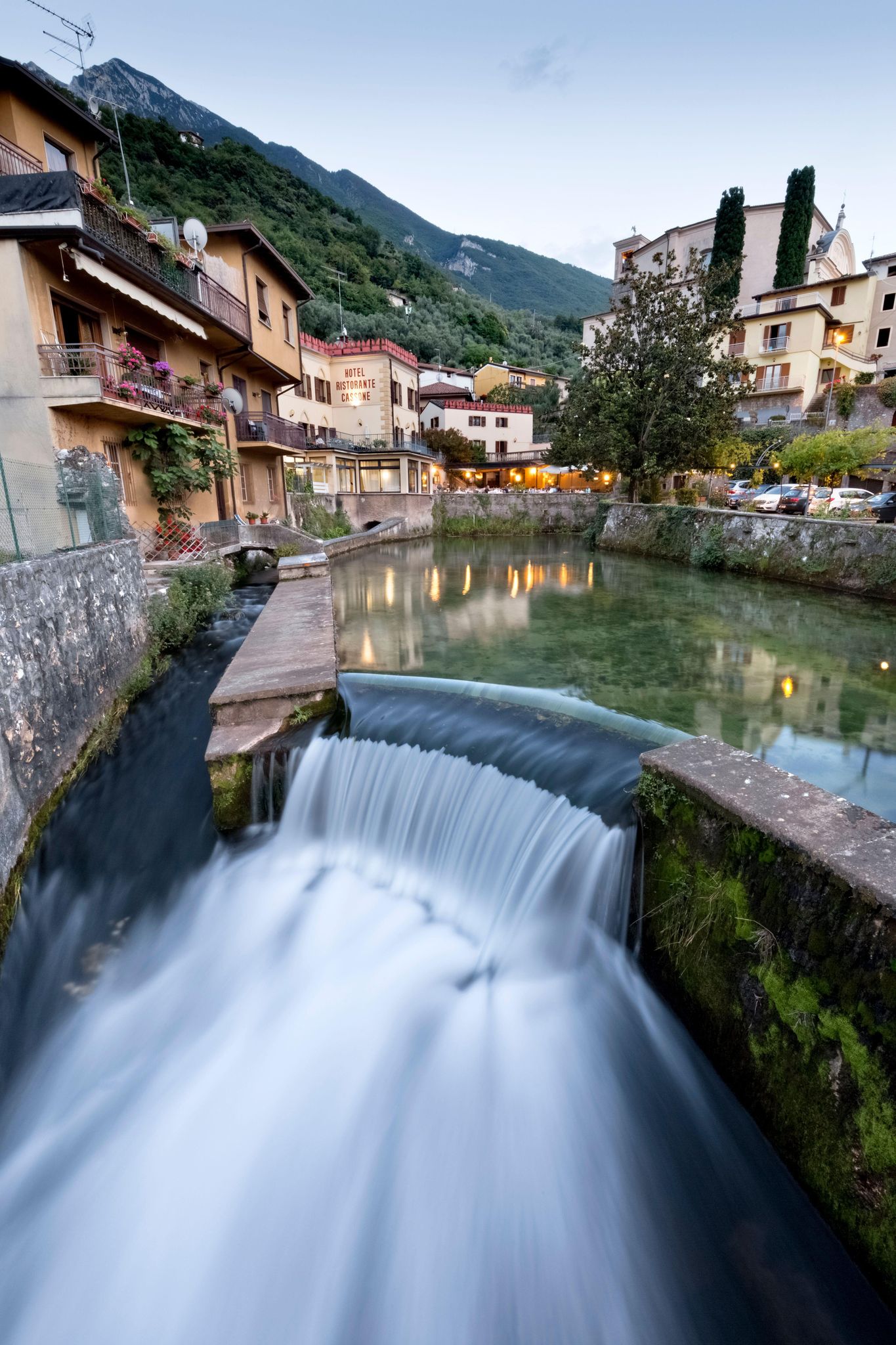 Towards Malcesine at Cassone flows the Aril River: the shortest river in the world, measuring just 175 metres.

THE SKULLS OF SOLFERINO 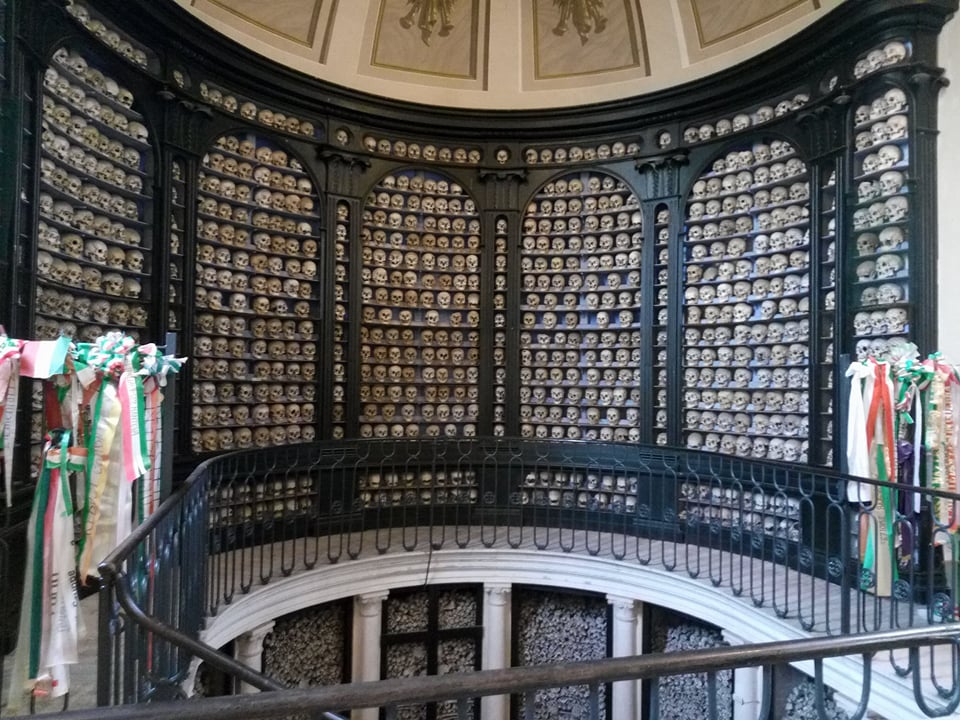 Finally, we move on to Solferino, a small village located just south of Sirmione on the Morenic Hills. This place is important from a historical point of view, as it was here that the Battle of the 3 Kings was fought, and the idea of the Red Cross was born. But the unusual is to be found inside its small church: before your eyes you will find the impressive with 1413 skulls around the apse and another 7000 skeletal remains around the walls.