WHAT TO SEE ON LAKE GARDA ON THE LOMBARD COAST 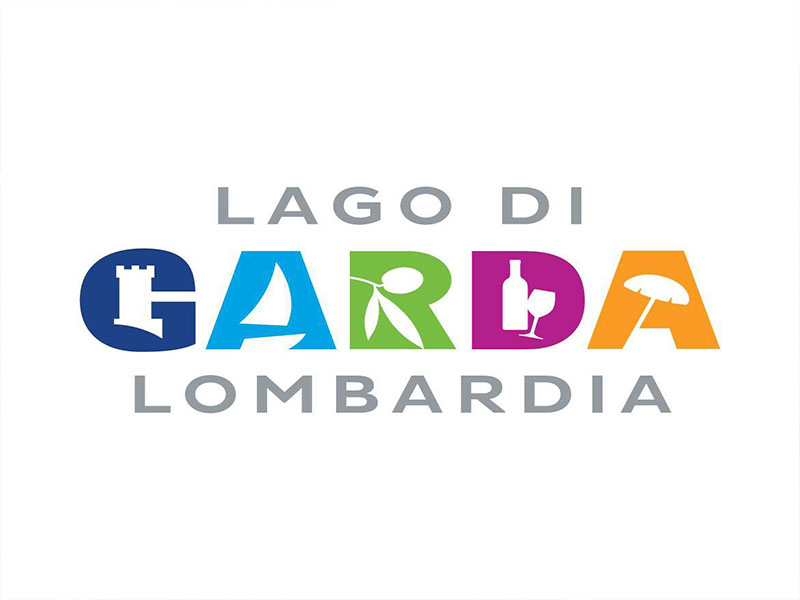 Lake Garda is one of the most enchanting places in Italy and the largest lake in the "Bel Paese". It belongs to three regions: Trentino, Lombardy and Veneto, united by a long coastal road of 160 kilometres that encircles the entire perimeter between the lake and the mountains. In this article we will discuss the Lombard coast, also known as the "Lemon coast", which stretches from Sirmione to the last Lombard town, Limone sul Garda.

Here are the main villages and attractions to see: 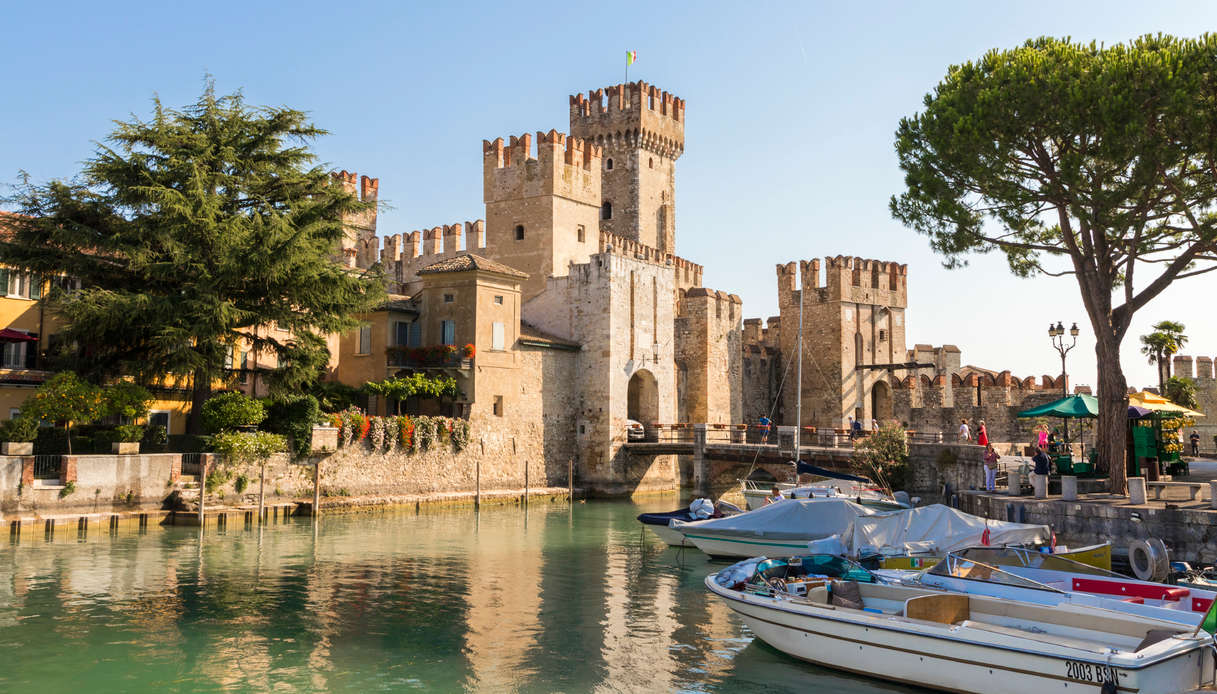 Sirmione is the jewel of the Lower Garda region of Lombardy: beloved by poets and artists, this historic town of Roman origin stands on a peninsula that juts out over the lake for 4 km. The main attraction are the Grotte di Catullo, which despite their name are not a natural cavity but an important archaeological site from the Roman era; they are in fact the site of an ancient Roman villa from the early imperial age. It offers a rich historical and artistic heritage, including the Rocca Scaligera and the Church of S. Pietro in Mavino, and is also known for hosting one of the most famous thermal resorts on Lake Garda. The historical centre is characterised by narrow streets with stone walls, which offer visitors romantic and evocative views. 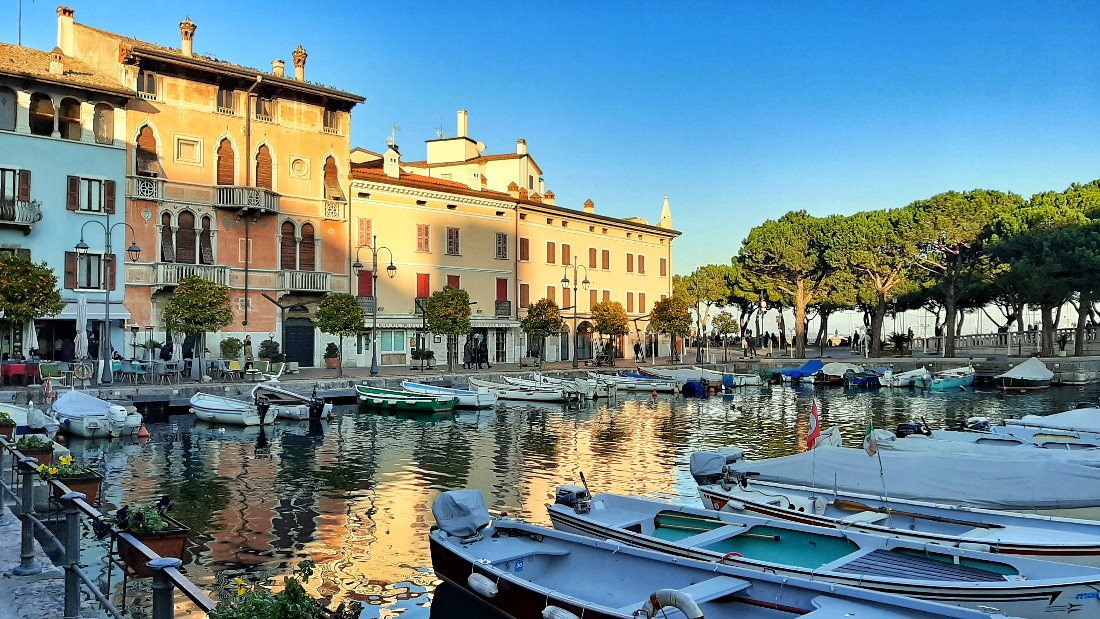 Desenzano has as many as thirty-thousand inhabitants and is therefore the most populous of all the towns on Lake Garda. It has an elegant historic centre, suitable for long walks through the cobbled streets, discovering all kinds of small shops. It is recommended to have lunch in one of the small restaurants overlooking the small and characteristic Porto Vecchio, with its much-photographed Venetian-style bridge, which has always been the hub of the town's activities since ancient times. From here, numerous ferries depart for the many tourist towns that dot the shores of the lake. Another important site is the Desenzano Castle, which today hosts exhibitions, events and concerts.

Finally, for motorbike lovers, there is a beautiful route from Desenzano to Riva del Garda, at the opposite end of the lake. A total of 66 kilometres that allows you to admire incredible landscapes and exclusive views overlooking the lake. 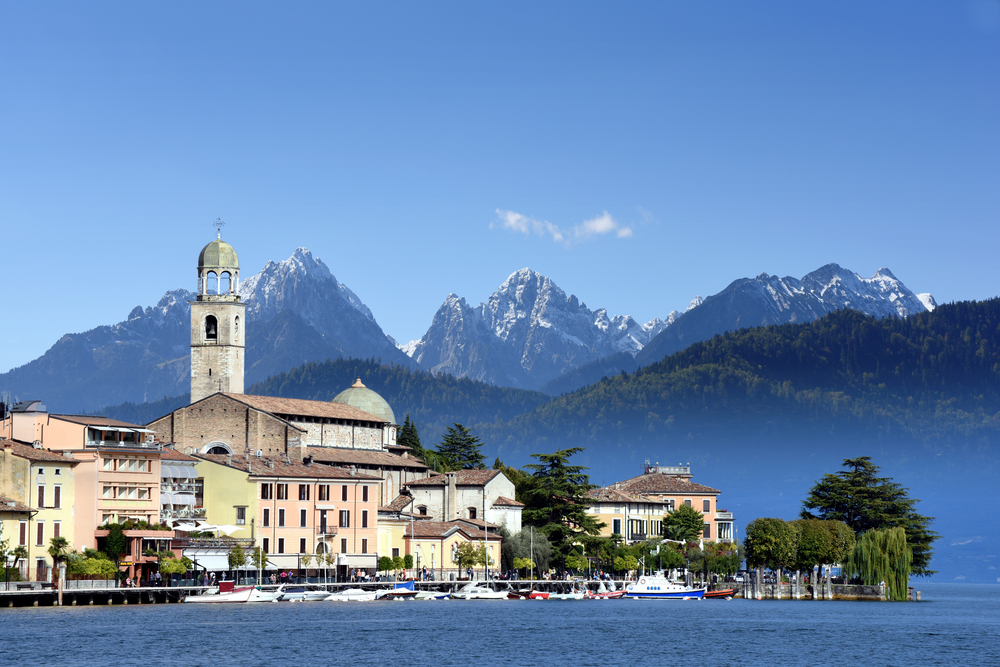 Set in its own bay, the village of Saló is the ideal destination for an afternoon stroll or, even better, at dinnertime thanks to its characteristic restaurants. With its cafés, its lakeside promenade and its buildings in typical Veneto style, Saló also boasts an interesting Gothic cathedral, which houses works by Romanino and in whose square concerts with live music are organised during the summer, and the MUSA, an interesting museum opened in 2015 that, in addition to proposing temporary exhibitions, displays an interesting collection on the art and history of this town.

The heart of Salò is a network of streets, alleys and small squares with stately residences, buildings of great historical and artistic value and elegant shops.

Gardone Riviera is home to the Vittoriale degli Italiani, the residence of the famous Italian poet Gabriele D'Annunzio, which he lived in until the year of his death (1921). It is a monumental complex that serves as a self-celebration of this character and fully represents him: come and discover the Vate of Italy, through his passions, collections and eccentricities gathered here. Here you can visit his villa, his collections, the military ship Puglia, donated to the Vate in 1923, the open-air theatre and the poet's tomb, all amidst the green vegetation of the Vittoriale park and the spectacular view of Lake Garda. 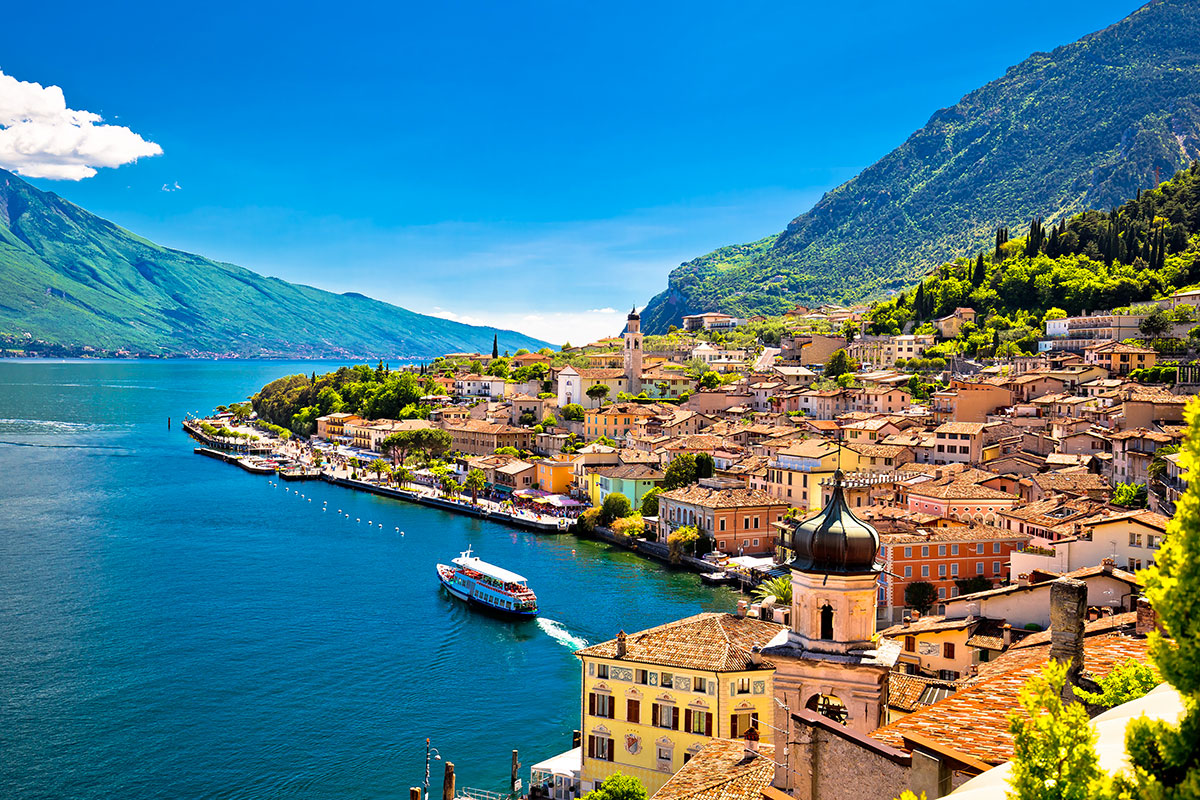 The town of Limone sul Garda is undoubtedly one of the most characteristic villages on Lake Garda and is located on a narrow strip of land behind high cliffs north of the Benaco. Its name is thought to derive from the tradition of growing lemons, but in truth the origin of the name comes from the Latin "limen", meaning "border".

Limone is famous for being the northernmost commercial citrus production area in the world; lemons were exported to many countries, especially Germany, Poland and Russia. Today, there are three lemon houses that can be visited as museums: Limonaia del Tesol, Limonaia di Villa Boghi and Limonaia del Castel. To appreciate them at their best, it is advisable to reach the lemon houses by lake, by boat, so as to enjoy all the details, which otherwise can only be glimpsed from the road.

An evocative way to pass through this village is to take the cycle path that connects Limone to the Trentino border, with stretches jutting out directly into the lake. At the moment the section is only 4 kilometres long, but when it is finally completed, the cycle track will cover a distance of 140 kilometres, circumnavigating the entire Lake Garda. A real tourist attraction, which will soon become the most spectacular cycle path in the whole of Europe. 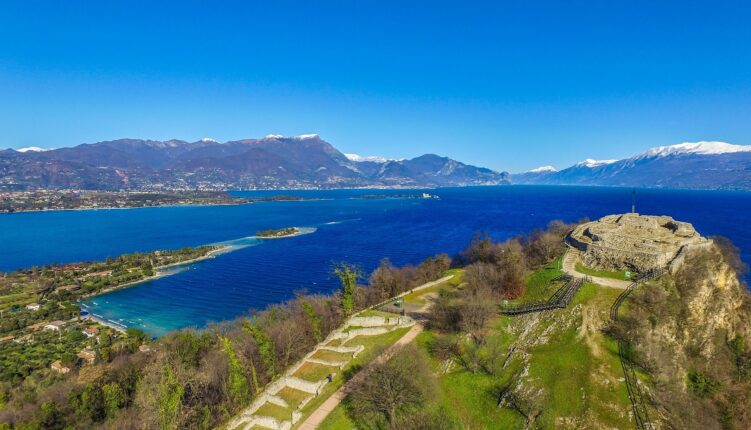 The Rocca di Manerba is one of the fundamental stops when visiting the lake: it is impossible not to be attracted by this marvel visible from all over the Benaco. The Rocca is located on a rocky spur overlooking Lake Garda and is very easy to reach by car from the centre of Manerba del Garda. On top of the Rocca, thanks to archaeological and environmental restoration and enhancement work, it is possible to see the remains of the ancient medieval castle.

The route through the perimeter walls, stairways and wooden bridges offers truly splendid panoramic viewpoints with a 360° view of Lake Garda. From the Rocca you can also reach a beautiful beach.

Take a walk in this park, walk along its paths and let yourself be carried away by the scents and colours of an unforgettable, almost fairytale-like environment. Finally, take the very last steps and arrive at the cross: the highest and most scenic arrival point of the route. Isola del Garda is the largest island on Lake Garda and is a place of rare beauty, rich in history and evocative landscapes. This strip of land has changed name over the centuries according to its owners: Isola dei Frati, Isola Lechi, Isola Scotti, Isola De Ferrari... Today it belongs to the Borghese-Cavazza family, who have recently opened their enchanting garden to guided tours. The tour lasts about two hours, during which we visit the magnificent English and Italian gardens, three rooms inside the villa in neo-Gothic Venetian style and the natural park.