BETWEEN MYTH AND LEGEND: THE MOROCCAS OF DRO AND THE CITY OF KAS 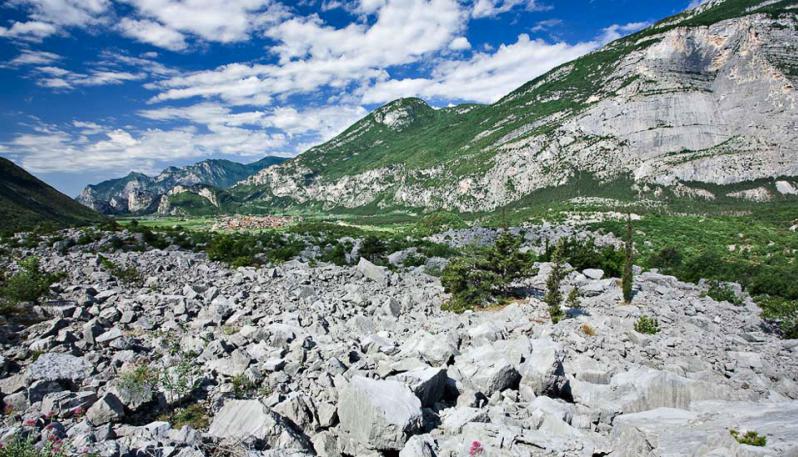 There is a legend that tells of a population destroyed by the landslide that causes one of the most interesting geological evidence: the Marocche di Dro.

The Marocche are the largest landslide system of stone material in Europe, kilometers and kilometers of stones piled on the other.

A real system because they were not created through a single collapse but with at least a dozen of them over time.

But a question remains to be discovered: what do the Marocche di Dro conceal?

There is a curious legend that tells of the lewd city of Kas, whose inhabitants lived in lust and vice until, after a fine end in their dissolute lifestyle, the landslide that caused the Marocche intervened. The legend tells of this natural event was the "divine punishment" for their excesses.

To reinforce the fabulous story, there was an event of 1922: during an excavation to expand the pipeline of the Fies hydroelectric plant, the workers found a piece of tile in forty meters deep. This proof that it was in the area there were settlements dating back to Roman times and that the last collapse must have occurred in quite recent times.